KEEP YOU IN THE LOOP

Oh, we finally launched our own staff email newsletter in July and it is called the SCOOP!

It is OUR voice to keeping each other up to date with who’s who and what’s what in our troop. The group is growing, and we all want to learn more about each other, especially our lives outside the perimeters of the office. We were excited to use MailChimp’s wonderful tools and features for this internal project. We chose our content carefully as we didn’t want to regularly receive large amounts of email every day. 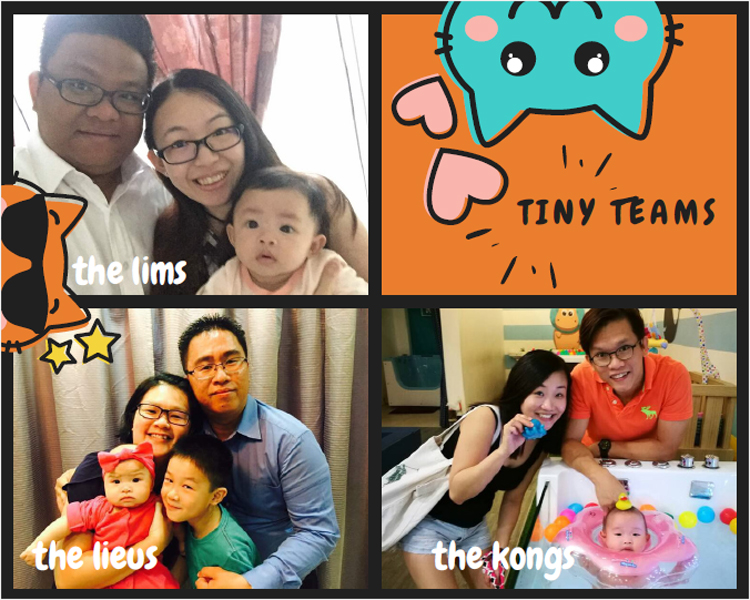 Three couples shared the excitement of New Year babies with us. Niam and Joyce Lim and Stanley and Sandy Kong were overwhelmed as first-time parents to Phoebe and Sherby while James and Chu Yunn-Lieu were preparing their 6-year old son, Yu Wen to welcome little sister, Jie Ying home. 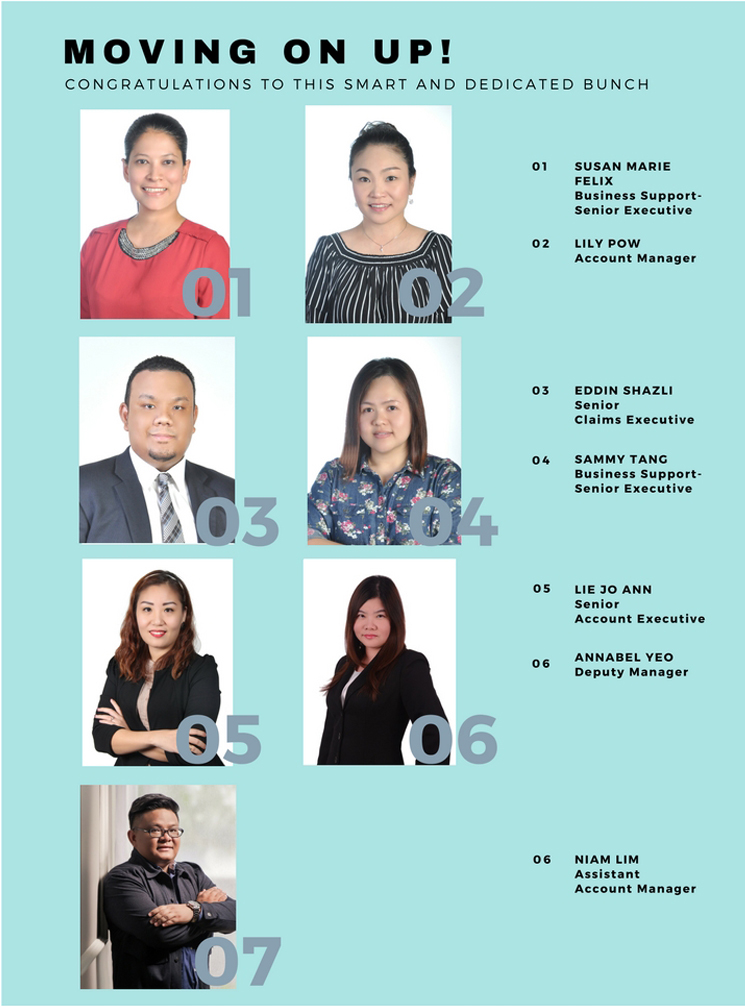 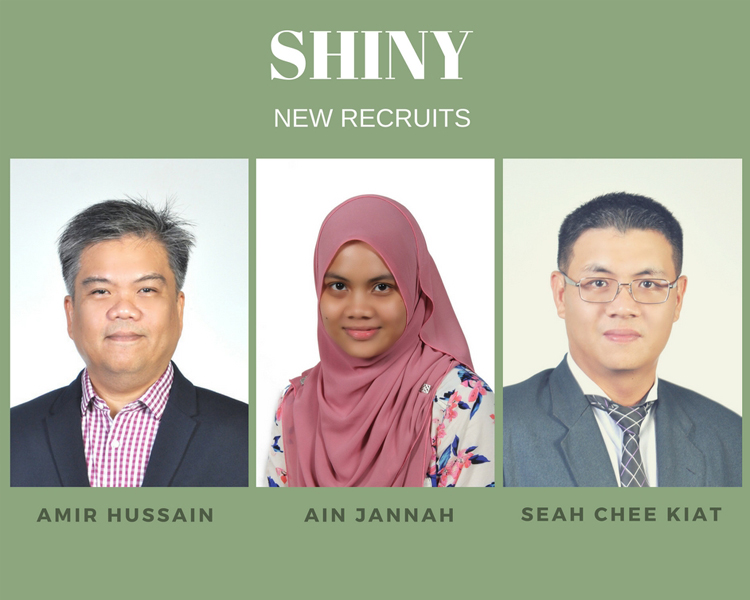 We welcomed three individuals to our group. They are Amir Hussain and Ain Jannah who will put their dedicated focus on Aktiv Aetos. Seah Chee Kiat has joined us most recently and well positioned to lead and grow the Casualty and Property Division. 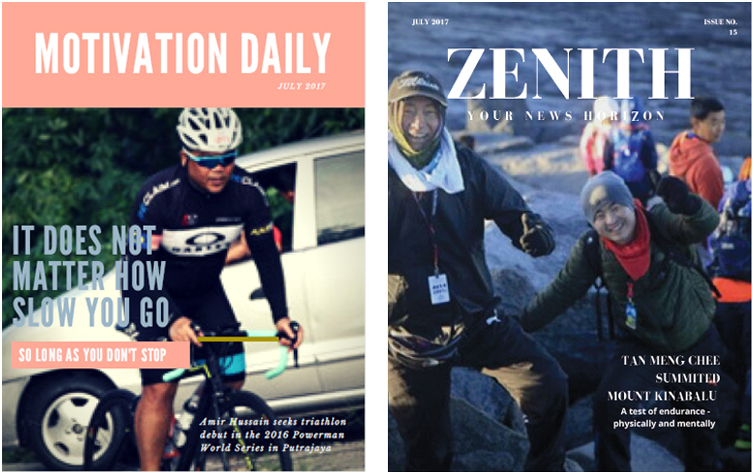 We shared the most inspiring success stories of Tan Meng Chee and Amir Hussain. Tan summited Mount Kinabalu, the highest peak of South East Asia and made it back in one piece. Amir debuted in the 2016 Powerman World Series in Putrajaya and his team completed the half-triathlon in less than 8 hours! 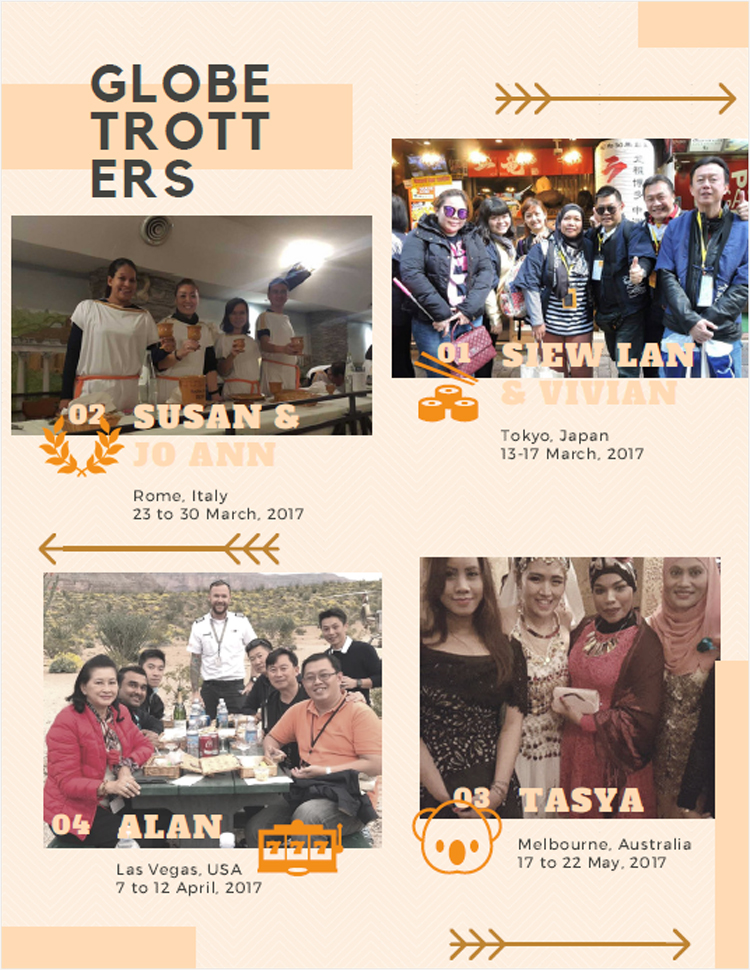 We were honoured by QBE and Chubb Insurance to be the recipients of several awards achieved in 2016. Our Managing Director, Alan Lim proudly travelled to Las Vegas, USA to receive QBE’s Circle of Excellence award. Tong Siew Lan and Vivian Ong headed to Tokyo, Japan to receive the Top Producer Award 2016 from Chubb. Not only did the awards raise the profile our company, but it also provided the recognition for our dedicated and committed team of staff.